(Bitter Script Reader challenged their followers to make a list of 16 Great Shows that have influenced them as writers and viewers. This is my list.)

I came to this show late. Like, really late.

If you remember from an earlier post, I touch a bit on how my love of Supernatural brought me to this show. In 2011 I was visiting a friend I’d met through the Supernatural fandom. While it was my Spring Break, it wasn’t hers, so when she was in class I was watching her box set of Queer as Folk.

Before that moment, I had barely any context for this show. I knew Hal Sparks as a talking head on VH1 and he always had Queer as Folk in his chyron. And through being in the online fandom sphere I’d seen pictures of Brian and Justin as avatars or memes, but again had no real context for it.

So when I saw this box set, I decided to give it a go.

If Jack’s story on Dawson’s Creek struck a chord in me, then this was a treasure trove of interesting characters that could pluck at my heartstrings for five seasons. Will & Grace might have been a game changer, but Queer as Folk was a revelation.

I know that conservatives think media is infecting our morality, but I see it as opening our eyes to the lives of other people. It’s infecting us with empathy.

I was at the Queer as Folk reunion at ATX Television Festival a couple of years ago (the same year Gilmore Girls had its reunion). One audience member asked the show creators why they think so many women (particularly straight women) watched their show. Ron’s answer was this:

“Even though we wrote the show thinking our audience was going to be gay, ultimately I was happier that women were watching the show. Because women have children. They either have children, or they’re going to have children. And I thought how very important it is for those children who are and who are yet to be to have mothers who may have seen Queer as Folk and understand what it is to be gay. So that they will be more sensitive and loving to their children and maybe we could have helped that along a bit.”

Never mind that I’m not sure I’m going to have children, but the heart of this statement remains true. The more people, straight or gay, who watch this show and others like it, the more empathetic our society will become.

Gay people aren’t to be feared. Sometimes they’re outside of the norm most straight conservatives are used to, but ultimately they’re not out to hurt anybody and they just want to love and be loved.

Queer as Folk showed us a huge variety of gay people, all of whom had layers and all of whom wanted different things.

With the recent announcement that Showtime is bringing back The L Word, my hope is that Showtime or Netflix or some other platform will bring Queer as Folk back as well.

Because when this reunion happened two years ago there was still work to be done and now that we’ve devolved so terrifyingly with our recent election, we need shows like this more than ever.

We need empathy more than ever and it looks like television is where it’s going to have to start. 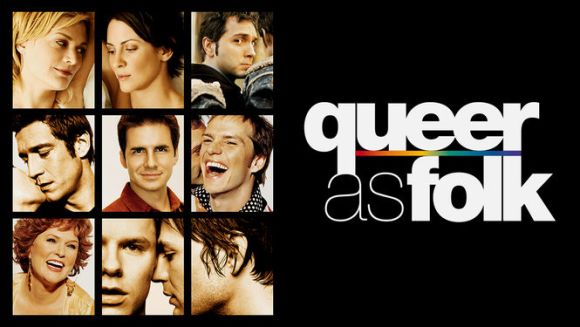